UTRUK “Under the Radar UK” was founded in 2012 through a small initial grant through O2 Think Big a non-profit arm of Telefonica.

The initial concept only consisted of a website with information and advice and no individual support, which was far from what our founder, Mike Carroll-Owen, knew was urgently needed. But this highlighted the problem of young men and boys and child sexual exploitation (CSE), with over 3000 unique website hits per month in need of Information, advice and guidance, clearly demonstrating the issue was far bigger than previously understood.

However, for Mike Carroll-Owen, this issue was no surprise. He himself a victim of CSE, at 17 years old was groomed by a man on social media, at a very vulnerable time in his life where he had just come out as being gay, feelings echoed by so many young, gay people. The grooming took over a year and intensified, escalating to the point where Mike was forced into prostitution.

When Mike finally fled the perpetration, he was left with nothing and had to rebuild his life from scratch. Furthermore, Mike found that what he needed most was virtually non-existent; support services for boys and young men who had faced exploitation. Mike had no choice but to leave the area he grew up to try and access any type of support.

Mike found that the best support was to begin a path for supporting others with similar experiences. Whilst accessing support services he took a voluntary role of a Youth Worker within a small LGBTQ (Lesbian, Gay, Bisexual, Transgender & Questioning) youth group in which inspired and motivated his future as a Youth Worker. WAYS YOU CAN HELP

Douggie is a serving Royal Naval Officer, qualified Submariner and Barrister.  He has served in a range of legal and logistics appointments in the Royal Navy, including time at sea as the Logistics Officer of a submarine and a destroyer, and time on operational legal deployments to Afghanistan and the Middle East.  He has also prosecuted and defended at numerous Court Martials.  Since coming out as a gay man in 2010, he has been a committed LGBT Advocate.

A supporter and role model for both Stonewall Scotland, and the Diversity Role Models Charities, he volunteers his time to delivery anti-bullying talks in schools across the UK.  He is the former chair of the Royal Navy and Royal Marines Sexual Orientation and Gender Identity Network – COMPASS; a role he took on in order to give something back to the Service that had provided him with such a positive response to coming out.  In his final year as the Naval Service rose to Number 10 in the Stonewall Workplace Equality Index, which reflected the hard work and determination of everyone involved in the Network.  He was made an MBE in 2016 for services to LGBT Equality in the Naval Service. Douggie lives in Fife with his husband, Mika, and their Cat Minou.  His two wonderful daughters (from his first marriage) live locally with their Mum, with whom he works as a parenting team.  Douggie was honoured to be asked to be a patron of and is looking forward to supporting this valuable cause.  The abuse, trafficking and sexual exploitation of young men and boys is social ill and it is hoped that UTRUK, will provide hope and support to those who are being, have been, or are at risk of such abuse. 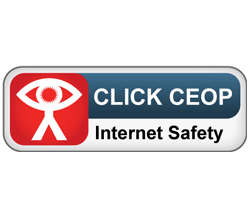